Leakage protection is also a question of sustainability 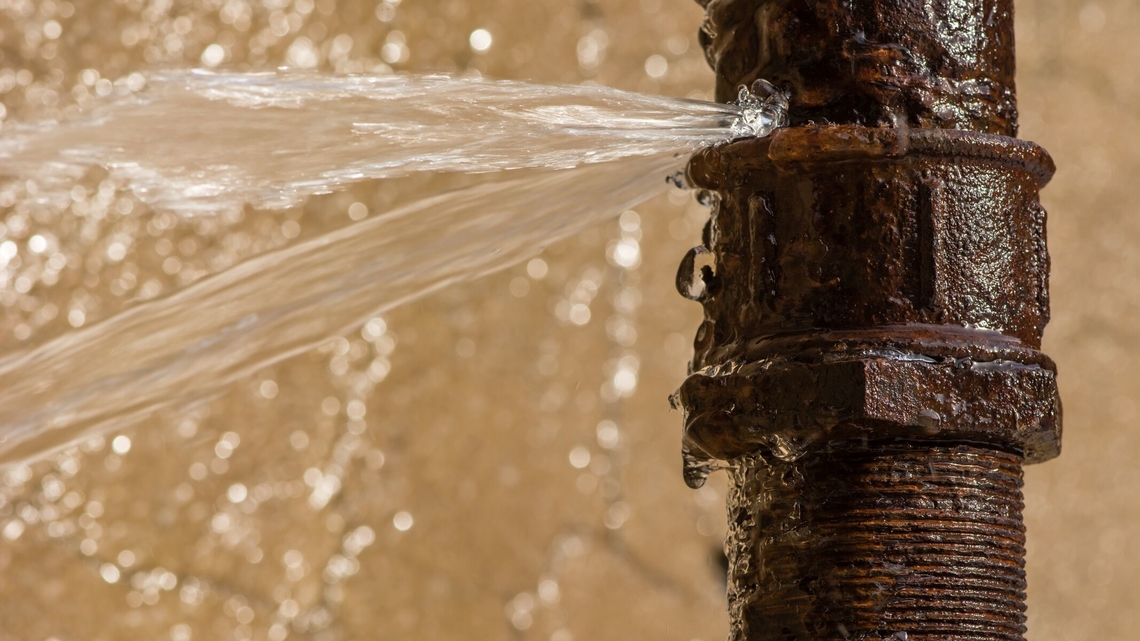 Approximately every 30 seconds, there is a tap water leak in German households. Leaks cannot be prevented entirely. But technical solutions can limit the extent of the damage.


Leakage protection is also a question of sustainability

Just under 1.2 million cases of tap water damage were reported in 2021, according to the German Insurance Association - an average of 3,200 per day. Accordingly, the damage amounted to 3.8i billion euros. From defective seals to burst pipes and frost damage to installation errors or lack of maintenance: the causes of leaks are manifold. Residential building insurers calculated average costs of around 3,200 euros per claim. It is also a question of sustainability to prevent it from happening in the first place. Efficient leakage protection systems ensure this. It is true that they cannot prevent a leak from occurring. But they significantly limit the extent of the damage and thus the consumption of resources, because a water leak is detected at an early stage and countermeasures can be taken quickly.

Basically, leakage protection systems use two different mechanisms: on the one hand, there are sensors that monitor the flowing water in the pipe, and on the other, floor or wall sensors that react to contact with water. Detectors that measure not only moisture but also temperature are in the portfolio of faucet manufacturer Resideo, for example. "Our water and frost detectors warn of water leakage or freezing of pipes," explains Georg Galke, Marketing Manager Europe at Resideo in Mosbach. If the devices come into contact with water and measure a temperature that is too low or humidity that is too high, they trigger an acoustic alarm. At the same time, the system sends a message to the user via app so that he knows directly, even if he is not on site at the moment. 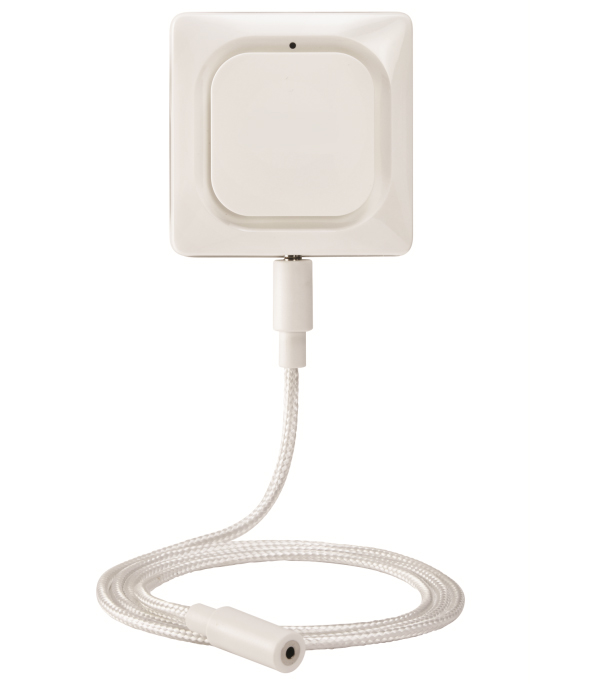 Resideo's W1 Wi-Fi water and frost detector alerts users with an audible alarm in the event of a water leak, risk of frost or excessive moisture. At the same time, a message is sent to the user's mobile device via the app.

All common leakage protection systems are based on this principle of networked communication. After all, the faster a water leak is detected and interrupted, the less damage is done. In such a case, time is literally money.

Systems with automatic shut-off valves score with a particularly short response time. If the sensor reports an abnormality that indicates water damage, the water supply is cut off immediately. "Especially in large buildings with different areas of use, the networkability of leakage safety systems is extremely important," says Felix Daub, product engineer at Gebr. Kemper GmbH und Co. KG in Olpe. Kemper's system is primarily designed for commercial and industrial properties. It allows the integration of up to 50 water sensors on two detection lines. When required, the water sensors send a pulse to a control unit, whereupon the affected supply line is closed via a full-flow shutoff valve. Because the system can control multiple shutoff valves, multiple lines can be closed simultaneously in the event of a leak, such as chilled water, hot water and circulation. 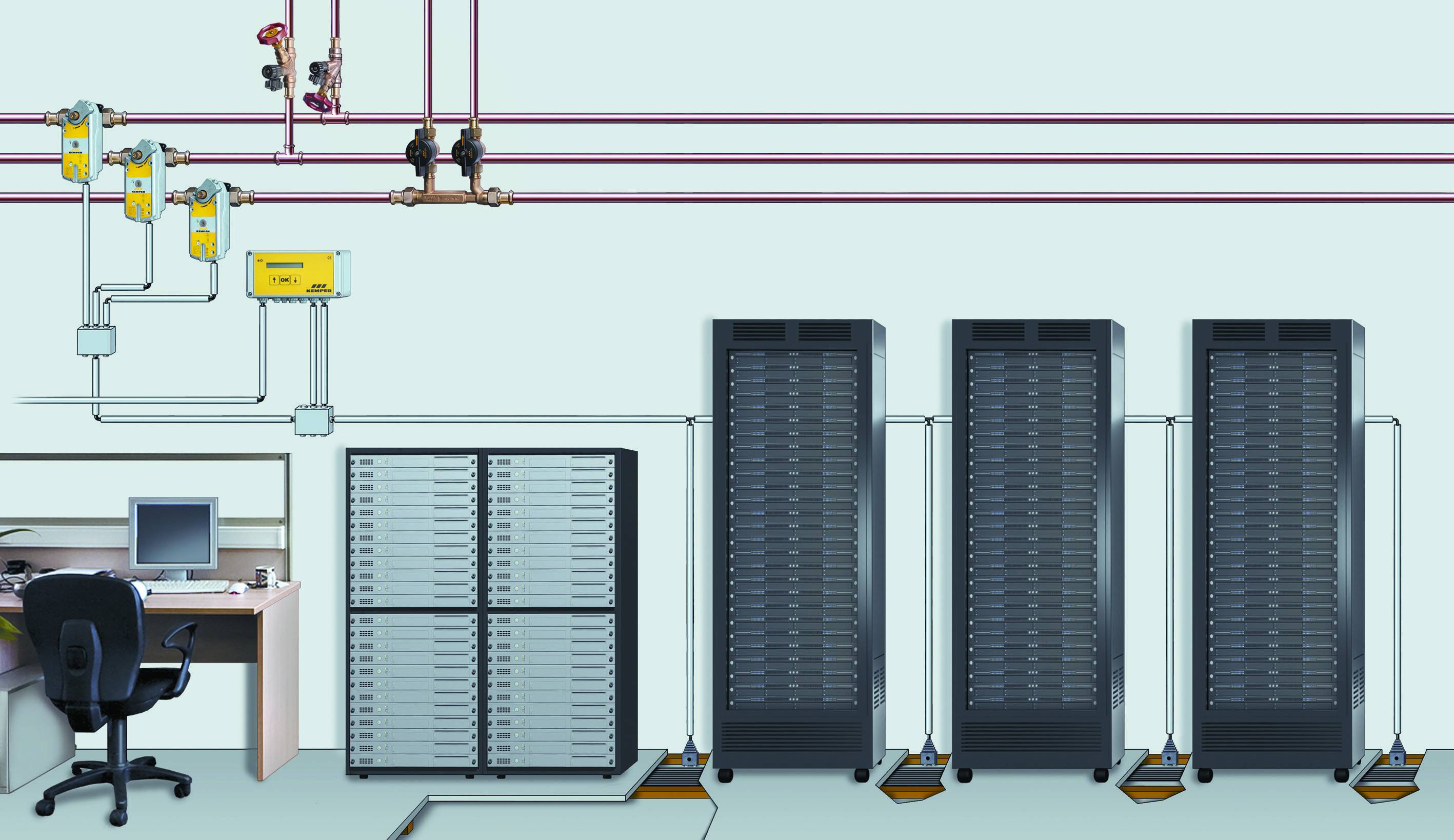 The Kemper Leakage System allows the integration of up to 50 water sensors on two detection lines. Thus, sensitive areas such as EDP rooms or archives can be detected over a wide area.

Water leakage through a pipe leak in the wall is difficult to detect and therefore particularly serious. By the time the moisture reaches a floor sensor, major damage has usually already been done. This can be avoided with devices that monitor the flow of water directly in the pipe. This innovative technology is used by the company SYR Hans Sasserath GmbH & Co. KG from Korschenbroich relies on this innovative technology. The principle: A sensor in the leakage protection fitting continuously measures flow and water pressure. If it detects unusual consumption, the water line is automatically shut off. "The device compares the amount of water withdrawn with the individual customer profile and reacts to deviations," explains Mario Besseling, head of the competence center of the SYR Connect business unit.

Not only a pipe burst, but also small leaks can be detected. For this purpose, the sensor makes so-called micro leakage tests at regular intervals. "Creeping leaks lead to major damage," says Besseling. "It can happen that the entire building fabric gets soaked before anyone notices the water leakage." The SYR system prevents this. The various components, which include floor sensors, can be used autonomously or work as a swarm. One device then acts as a control center, registers the data received from the connected devices, evaluates it and becomes active accordingly. In this way, different areas of a building, entire apartment buildings or large properties can be protected. The leakage protection can be controlled and adapted to individual needs via an app. 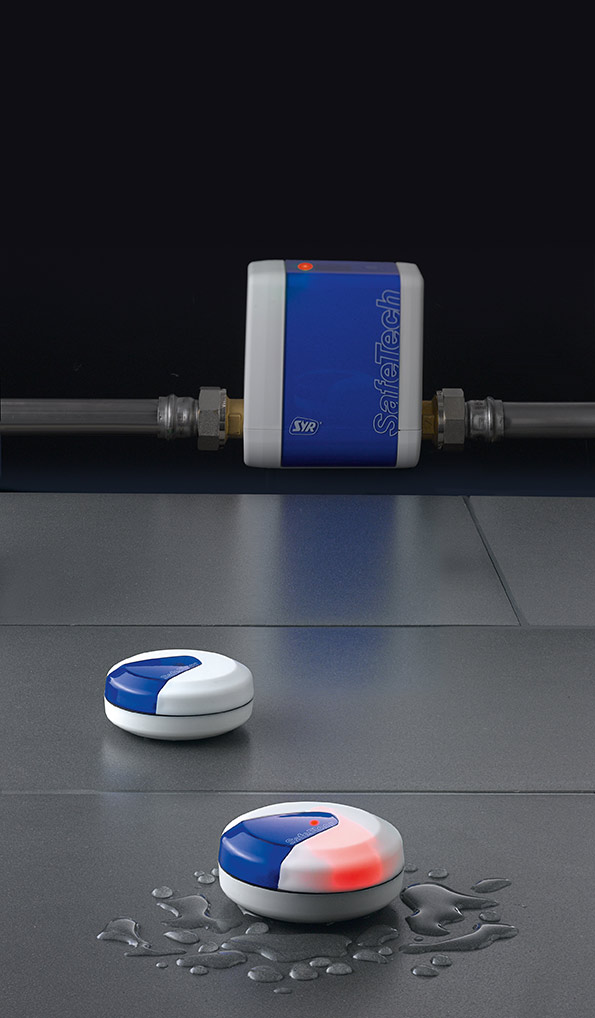 The SafeFloor Connect can be found wherever water leakage is possible or a value can become critical. If it gets "wet feet," it immediately reports water damage. Coupled with the SafeTech Connect, it immediately shuts off the pipe system.

An effective measure to protect against water damage can be automated shut-off devices, i.e. timer programs in conjunction with leakage protection fittings. "In public or commercial buildings, it is advisable to shut off the pipes whenever no users are on site," says Dr. Oliver Fontaine, head of product management at Schell GmbH und Co. KG in Olpe. This would not only prevent damage as a result of a leakage that has gone unnoticed for a long time, but also unnecessary water consumption, for example if a fitting is not closed correctly overnight. 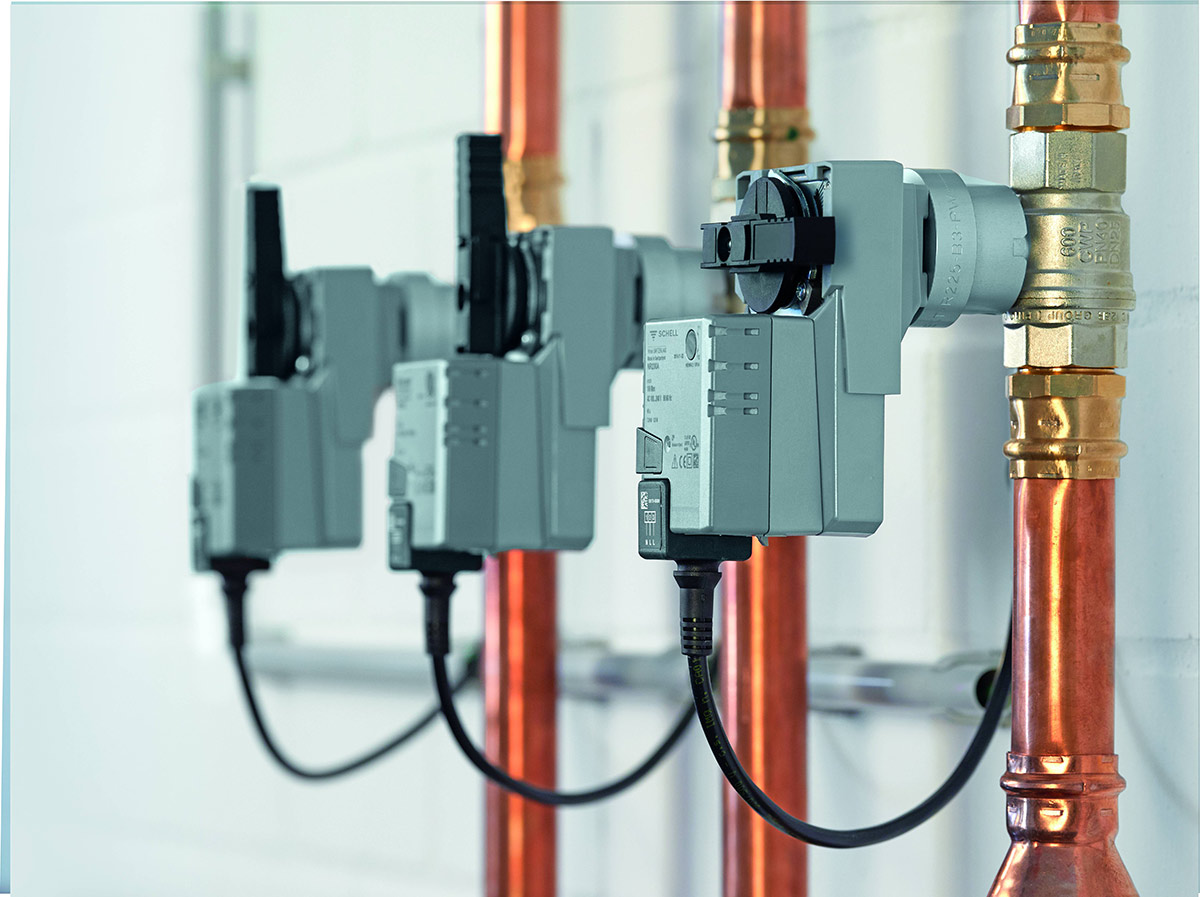 The leakage protection fitting shuts off the drinking water installation after individually programmed times, for example when no user is in the building and a water leakage would thus remain unnoticed for a long time.

Of course, it is best if a leak does not occur in the first place. Too much pressure, for example, can lead to a burst pipe. This risk is reduced by using pressure reducers, which lower the water pressure and keep it at the set value even when there are fluctuations from the mains. Outdoors, manufacturers recommend frost-proof fittings to prevent damage from freezing water.

"Sustainability starts with the products themselves," emphasizes Wolfgang Burchard, managing director at the VDMA Valves Association. "Leakage protection, for example, is about the tightness and durability of the installed components." And last but not least, well-trained specialists can eliminate another risk: according to residential building insurers, installation and assembly errors are one of the main causes of tap water damage.